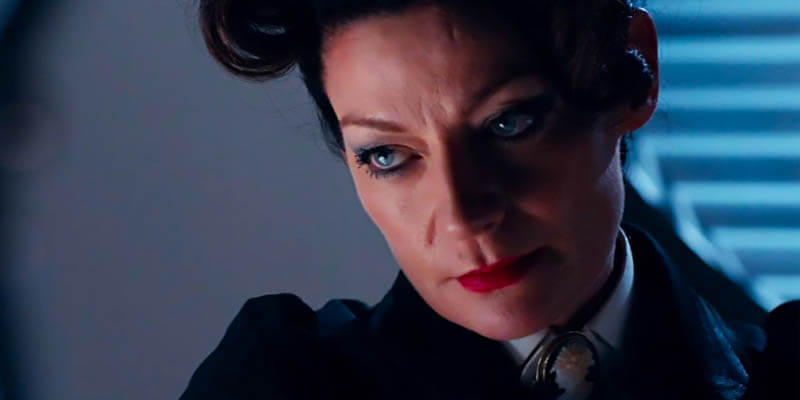 Michelle Gomez has confirmed that Missy will be back in series 10 of Doctor Who!

Talking to the good folks at Music.com, she said:

“Weirdly, this is the sort of crunch week where I get to find out exactly what I’m going to be doing next.”

“I can officially say that I will be starting back on Doctor Who soon, so that’s one thing.”

And guess what. Doctor Who executive producer, Steven Moffat pretty much confirmed her return as well. In the latest issue of Doctor Who Magazine, he was quoted on the subject of Missy return:

There you have it folks. Looks like The Doctor has not only his new companion (Bill) to deal with in Season 10.

Should be a cracker! Check out the official Doctor Who Christmas Special 2016 promo.

716 thoughts on “Missy will be back on Doctor Who, confirms Moffat”