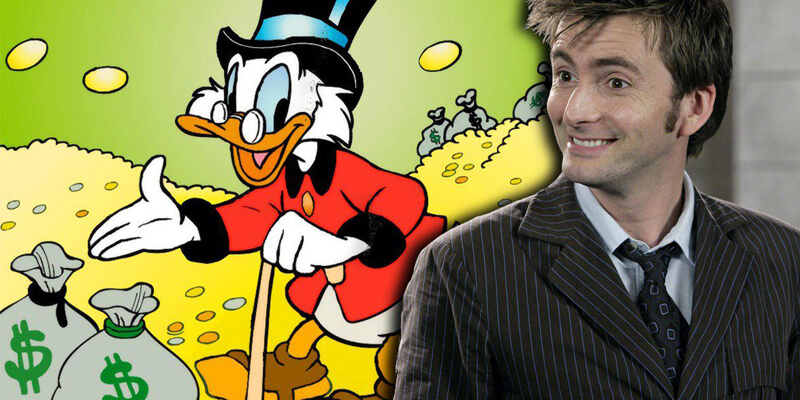 Yes, you heard that right folks!

Our very own David Tennant will be the voice behind Scrooge McDuck – in the brand new series reboot of DuckTales.

Expect the iconic 80’s cartoon series to premiere in the summer of 2017 on Disney XD.

You can watch the short teaser for DuckTales below:

The show boasts and incredible cast of actors. Here’s the whole cast of DuckTales – including David Tennant, signing the popular DuckTales theme!

More details on the DuckTales cast:

Join fellow Whovians on our Facebook group to discuss!